Unless Amazon.com(NASDAQ: AMZN) starts selling motorcycles directly on its e-commerce site, the only way it can help Harley-Davidson(NYSE: HOG) boost sales is by selling clothing and related merchandise.

Before, you could buy official Harley gear only through the motorcycle giant's own website or at authorized dealers. But now, it has opened a storefront on Amazon, where its merchandise will be eligible for Amazon's two-day shipping through Prime membership. While that promises to help boost sales in its most profitable segment, it also risks antagonizing its dealer network.

You can now shop on Amazon for that Harley look. Image source: Harley-Davidson.

General merchandise is Harley's smallest operating segment, representing a little more than 5% of total sales. But it generated $262 million in revenue last year and $125 million so far through 2018, so it's not an inconsequential amount. Perhaps more important, it's the most profitable part of the business, more so than the aftermarket parts and accessories it sells, and more than the premiums earned on even its most profitable bikes.

Industry data suggests that dealers generate margins of more than 40% for merchandise like the logo leather jackets, boots, and tchotchkes they sell, compared to 38% on parts and accessories such as the chrome pipes, lights, and other accoutrements riders add to their bikes. The motorcycles themselves carry gross margins of around 15% to 20%.

By opening a storefront on Amazon, Harley-Davidson expands the number of customers it can reach beyond those who walk into a dealership. It's part of the broader strategy Harley laid out in its More Roads to Harley-Davidson roadmap this past July.

Dealers left in the dust

One of the key tenets of the plan was "broader access," which Harley defined as "meet[ing] customers where they are and how they want to engage with a multichannel retail experience."

Unfortunately, it also undercuts one of the other two legs that Harley wants to stand on: strong dealers (the third leg is new products).

Because most of the gear that Harley-Davidson sells is sold through its network of nearly 700 dealers in the U.S., opening an Amazon storefront puts the corporate office in direct competition with its dealers, much more so than the company website ever did. It is exposing tens of millions of customers to Harley apparel and merchandise and cutting the dealerships out of the loop.

Apparel has been one of the few growth areas for Harley, up 9% in the second quarter, and over 5% for the first six months of the year. In comparison, motorcycle revenue is essentially flat this year, with shipments down 10.5%, while parts and accessories are off 1.1% year to date.

What could be worse for the dealers is that if the Amazon apparel storefront is successful, it's quite possible that Harley will begin selling parts and accessories on the site, too. That category generated $804 million in revenue last year and another $400 million in the first half of 2018. Offering these parts online could cut a good percentage of dealers' sales and profits. And then how far behind might a build-your-own-bike option be?

It makes sense for Harley-Davidson to have an Amazon storefront in today's marketplace, but it still needs its dealers, as it sells all of its bikes through them. Although you're not likely to see any dealers dumping their dealerships over the new policy, no vehicle manufacturer can afford to antagonize its dealers. The good news is, Harley-Davidson says it hopes to somehow integrate the online experience with them.

Still, many dealers are already grumbling about the direction the company is taking toward turning around falling sales and the ineffectiveness of management at reversing the trend. While this maneuver could introduce more people to the brand who might otherwise have not stepped foot in a dealership beforehand, it will take sales away from dealers before a dealer will see any increase in sales. And that's a strategy that will drive a wedge deeper between the company and its dealers.

More From The Motley Fool

John Mackey, CEO of Whole Foods Market, an Amazon subsidiary, is a member of The Motley Fool's board of directors. Rich Duprey has no position in any of the stocks mentioned. The Motley Fool owns shares of and recommends Amazon. The Motley Fool has a disclosure policy.

10 Best Harley Davidson Parts On Amazon You Need To Buy

CAN BE MENTIONED IN THIS ARTICLE AND NEW ARTICLE CAN BE CREATED AROUND IT
Keyword Overview: Sportster parts
Volume 1.3K
Number of results 576K
live update PAID SEARCH
CPC $0.33
Competition 1.00

Why Harley-Davidson Abandoned Its Amazon Storefront

Because Harley-Davidson's (NYSE:HOG) dealer network has always been critical to its success, the bike maker's decision to cut the legs out from under it by opening a Harley storefront on Amazon.com(NASDAQ:AMZN) was misguided at best.

CEO Jochen Zeitz seems to have a much better grasp of how to save the motorcycle company than his predecessor, and not hurting his dealers was likely the rationale behind the decision to abandon Amazon's e-commerce platform.

"We want to have a fully integrated, digital e-commerce business with our dealers," Zeitz told Bloomberg. "Amazon was not really something that got our dealers into the mix." 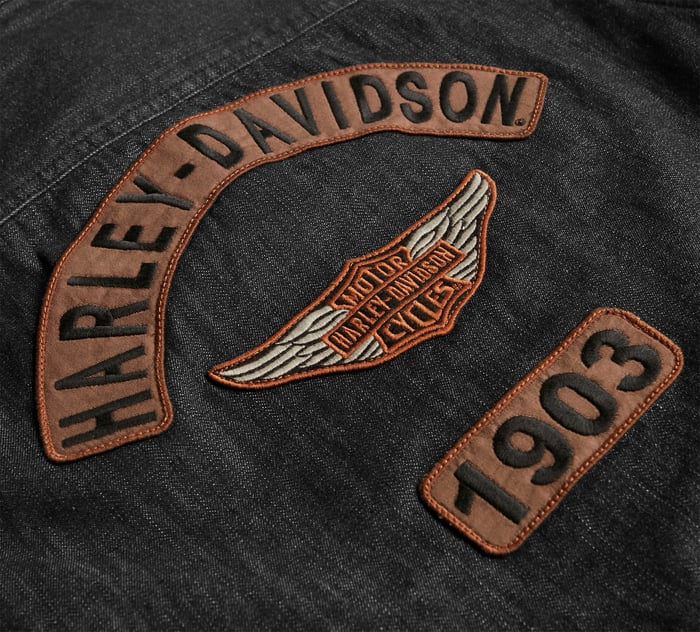 While there was some sense to ex-CEO Matt Levatich expanding accessibility to the Harley brand through the Amazon storefront, it actually undermined the overall effort to get the bike maker going again.

Because Harley-Davidson is as much a lifestyle brand as it is a motorcycle manufacturer, getting more consumers to buy more Harley clothing and related merchandise could help boost revenue. But the plan sidestepped the dealers by putting the money and profits in the coffers of corporate headquarters.

Apparel remains one of Harley's smallest segments, generating less than $50 million last quarter, but it is the bike maker's most profitable business, more so than even parts and accessories.

Its estimated dealer profit margins exceed 40% from the sale of general merchandise, but especially now with motorcycle sales in freefall -- they collapsed another 15% last quarter -- dealers need those leather jacket, riding boots, and tchotchke sales more than ever. But they can't generate nearly enough revenue or profit if corporate headquarters is doing an end run around them with an Amazon storefront.

The move is only a temporary salve for the dealers, who are every bit as much the lifeblood of the company as the motorcycles.

Many dealers have been with Harley for decades, with dealerships sometimes remaining in families for generations, something the bikemaker has always encouraged to develop customer loyalty. To be that conduit for a personal relationship with the customer, Harley demanded its owners be onsite to deliver one-on-one customer service and own no more than six dealerships.

It's one reason why Levatich's plan to let private equity firms become absentee dealership owners, or a general manager of the sort auto dealerships operate as, was met with such consternation.

Yet there is a reset under way at Harley as it develops its new The Hardwire roadmap for the future, its third corporate visionary plan in as many years.

It is a big departure from the More Roads to Harley plan Levatich outlined several years ago, which said it wanted strong dealers, but undertook a number of efforts that hurt them.

Beyond trying to cut them out of the profitable apparel sales loop, the strategic plan also deemphasized the U.S. market in favor of growing sales overseas. U.S. dealers would be a secondary concern for Harley-Davidson as China, India, and other international markets were deemed more important.

Zeitz has pulled back the throttle on that plan. He is focusing intently on the U.S. market because it is the company's biggest and strongest base, while also lopping off numerous foreign markets. He says the bike maker would concentrate on just a handful that held the most potential. And rather than being so expansive with 100 new bike models, Zeitz reduced that number by a third.

The future of motorcycles

Because big motorcycles like the one Harley-Davidson is famous for aren't in favor with many new bike riders today, Zeitz has a challenge ahead in coming up with designs that won't alienate its base, but still offer a sense of excitement to those looking to buy a motorcycle.

The new Pan American adventure touring bike will be carrying a lot of the burden of resurrecting interest in Harley motorcycles, much more so than the premium-priced LiveWire electric bike. Yet adventure touring is a crowded space dominated by BMW and KTM that have more credibility in the space than Harley.

Still, cutting its dealers back into the apparel sales network further heals the rift that was growing between them and corporate under Levatich. It's a small gesture, but one that can go a long way toward giving dealers a little more profit to survive until bike sales can start growing again.

I put my legs in the trays-holders, pulled them with straps. - Are you comfortable. he asked.

And let them tell us what they talked about a few days ago in Sasha's room, then maybe we'll show you. I heard everything, but you dont believe it. Let them confirm, putting his hand on my knee, said Comrade Luda.

Check out the great deals I found on Amazon shopping for my Harley-Davidson Street Glide!

What a pool, and most importantly what kind of chicks are here, the member rejoiced rising in swimming trunks. Florian didn't know what to do. if he comes out of the pool, then everyone will see his boner, and today, as luck would have it, almost some. Girls visit.

After 15 minutes she called him (and again from her words): Arthurexcuse me for the fact that I behaved this way, I'm not right. Come back, please. He refused.

Ranking all fruits in blox piece