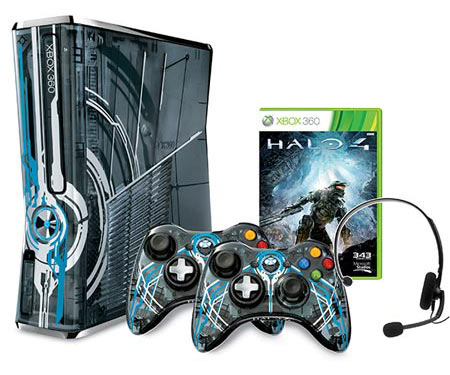 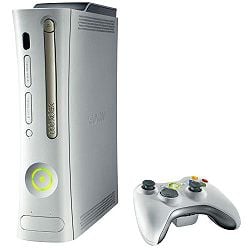 The Xbox 360 is a seventh generation game console and is the successor to Microsoft's Xbox video game console, developed in co-operation with IBM, ATI, Samsung Electronics and SiS. Information on the console first came through viral marketing campaigns and it was officially unveiled on MTV on May 12, 2005, with detailed launch and game information divulged later that month at the prominent Electronic Entertainment Expo.

Upon its release, the Xbox 360 became the first console to have a simultaneous launch across the three major regions, as well as the first console to provide wireless controllers as a standard. It also serves as the first entrant in a new generation of game consoles and is competing against Sony's PlayStation 3 and Nintendo's Wii. Microsoft believes that its push towards high-definition gaming, year-early head start and its Xbox Live online gaming service will help the console be successful. The Xbox 360 can also be System Linked with other Xbox 360s as well as the original Xbox, allowing multiplayer games to take place much more easily among gamers.

There have been a few different types of the Xbox 360, including the Core, Arcade, Premium and the Elite. However, special editions have also been available. These are like the Halo 360 had an aesthetic Halo theme as well as a special controller.

As of March, 2010, the 360 was in second place in the console war, with 40 million units sold. The Wii was first with 69,5 million, while the PS3 sold 33,5 million. The 360's most widely sold game was Halo 3, which sold 8.1 million copies. Second was Gears of War, with 4.7 million copies, at third; Grand Theft Auto IV with 3.5 million copies sold. Fourth place was Call of Duty 4: Modern Warfare at 3.1 million copies. Rounding off the top five is Forza Motorsport 2 with 3 million copies, although that also includes the free copies that came with every 360 Elite model. The most critically acclaimed game was Grand Theft Auto IV, with an average Meta-Score of 98 out of 100. Second was BioShock, with 96 out of 100, third was The Orange Box collection, which also got a 96 out of 100. Fourth was Gears of War with 94 out of 100, fifth was Call of Duty 4: Modern Warfare, sixth was The Elder Scrolls IV: Oblivion, and in seventh place was Halo 3, which got 94 out of 100.

The Xbox One was released as a successor to the Xbox 360 in 2013. At launch, the Xbox One did not support backward compatibility, meaning games released for the Xbox 360 could not be played on it. As such, a port known as Halo: The Master Chief Collection was created, aiming to bring Halo: Combat Evolved Anniversary, Halo 3 and Halo 4 to the platform updated to run at 1080p and 60fps - alongside a newly-remastered Halo 2: Anniversary. Halo 3: ODST was later added to the collection in early 2015, and Halo: Reach in 2019 alongside the collection's launch on PC. The titles were released in succession throughout the following months, with all Xbox and Xbox 360 Halo titles available on PC as of November 2020.

On December 18, 2020, 343 Industries announced that in around one year, all Xbox 360 Halo online services would shut down. At the time of this announcement, digital sales of Xbox 360 titles were halted (though DLC still remains available).[1]

Halo on the Xbox 360 Dashboard[edit]

In the 360 dashboard, the user can apply Halo-themed backgrounds, one of which came preloaded on the original version of the console, while others must be downloaded. There are also Halo gamer pictures available; three of which were preloaded on the original 360, with the rest downloadable. The Limited or Legendary Edition Halo 3 disc two included codes to download more Halo 3 themes for the 360 console, such as a Bungie theme, Red vs Blue theme and the This Spartan Life theme. Every other theme must be purchased with Microsoft points. 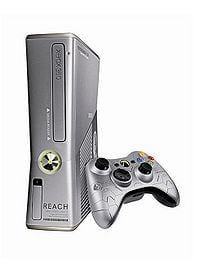 A Halo 3 edition of the Xbox 360 was released on September 16, 2007. The console included a copy of the game, a green wireless controller with a play-and-charge kit, a wired Halo 3 headset, as well a code to download the Halo 3 dashboard theme.

Though no special edition was released with Halo 3: ODST, a Halo 3: ODST Collector's Pack was made available alongside the standard version. This included the game itself, along with a limited edition UNSC-style Xbox 360 controller.

A Halo: Reach special edition Xbox 360 S was released on September 14, 2010. It features a Xbox 360 S Edition, a copy of the game, two controllers, and a wireless headset, all of which are based on the game. Colored silver gray, the console is based on an in-game archive reader unit and associated controller used by the Office of Naval Intelligence. The console actually appears in the game in Halsey'slab.[2] The controller and headset were also released individually. The disc eject button emits a Spartan energy shield recharging sound, and the power button emits the spawning sound of a Halo 3/Reach multiplayer powerup.

A Halo 4 version of the console was released alongside the game on November 6, 2012. The special edition console also includes a copy of the game, two special-edition controllers, and a wired headset. It also includes Xbox LIVE tokens for exclusive in-game and avatar marketplace downloadable content (FOTUS armor avatar costume, in-game FOTUS Spartan Armor, avatar Promethean Crawler prop, in-game Lightrifle Skin, and in-game unique Unicorn emblem).[3] The console and controllers feature a blue-white geometric pattern on a translucent, black body; the ring of light on the console and controller guide button (normally green) feature blue lights to match the overall color scheme.[4] The buttons on the console emit electronic sounds when pressed.[5] An alternate Halo 4 controller featuring the UNSC emblem on a translucent, dark grey body, was made available individually on October 21, 2012, and includes an Avatar T-shirt as exclusive downloadable content.[3] The controller also features a transforming D-Pad.[6]

What Is the Halo 3 Special Edition Xbox 360 System?

The Halo 3 Special Edition Xbox 360 system was released on September 16th, 2007. It had an MSRP of $399.99, which was more than the premium and core systems, but less than the elite system. What did you get in the package? Quite a bit.

What Makes it Special

All in all, the Halo 3 special edition system was a reasonably solid buy. It was somewhat cheaper than the Xbox 360 Premium system that had everything this system has minus the Play and Charge kit, but for Halo fans, it was worth it. If you are a major Halo fan or collector, this system might be worth hunting down.

Thanks for letting us know!

I impudently squeezed Tamara and also impudently began to caress her gorgeous breasts and kiss her neck and ears. Yes, she does not mind, but for decency began to give out such usual female recitatives: "Oh, Sasha, what are you doing. Stop, please, oh, don't kiss me. Oh-oh, let me unbutton my lyfikon, oh don't rush, oh, how good I am.

Lena moved her hand from her chest between Vicki's legs, and began to rub her there, watching as Vika grabbed both her breasts with her hands and squeezed them. To herself and enjoyed the buzz. I gestured to Roma to swap places and sat down behind Vicki, looking at close range as her friend's fingers were wielding between her legs.

It became so wet and it was flowing strongly that I automatically bent down and, leaning my mouth down, began to lick the girl's labia.

Kissed the lips, she did not answer. Yevsey spread her legs wide apart and climbed towards the cherished goal. Zinka's shameful place was luxurious, like a black tulip: two huge, almost black petals and a large clitoris above them, the size of a nipple. According to the Eastern custom, she shaved from below.