Check the master page Rahu Kalam to get detailed information.

Find Rahu Kalam in other cities

Find Rahu Kalam timings for other important cities in India.

Rahu kalam Time for the Whole Week in Bangalore

The table below shows the Rahu Kalam time for the whole week in Bangalore, assuming the sunrises at AM. To change city/date, click here.

The Rahu Kalam chart Bangalore below shows the inauspicious timing on each day of the week.

What is Rahu Kaal?

Rahu Kaal, also known as Rahu Kalam in South India, is a specified period which lasts every day for one & a half hour. According to Vedic Astrology, the planet "Rahu" is considered to be an inauspicious planet. In Hinduism, there is a tradition of seeing the Muhurat before starting any auspicious task.This certain time period is considered inauspicious to commence any new venture.

According to Vedic Astrology, the time period under the influence of Rahu should be avoided to commence any new or auspicious activity. We should avoid Puja, Hawan, Yagya etc. to please Gods as the malefic nature of Planet Rahu totally interferes on such occasions. If one does these auspicious works during Rahu Kalam, he may not be able to achieve the full or desired result by performing the activity.

People in South India give top most priority to Rahu Kaal. It is a period of one & a half hour or 90 minutes in every day of the week which is not considered good for any auspicious work like Marriage, Griha Pravesh, Inauguration of new business, Journeys, trades, Interviews, sale and purchase of assets and many more important works etc. It comes at different times on different days of the week. Before proceeding towards, let's understand:

What is Rahu in Vedic Astrology?

According to Legends, It is believed that Lord Vishnu fooled demons at the time of "Samudra Manthan" while distributing nectar of immortality or Amrit. Lord served the nectar to all the Gods and poison to all Demons. One Demon named Swarbhanu noticed this, sat in the row of Gods and managed to get few drops of nectar. However, Sun and Moon saw this and signaled to Lord Vishnu who beheaded the demon but unfortunately by then he was immortalized.

From that incident, the head of the body of demon became "Rahu" and torso became "Ketu". The mystery planet Rahu is considered bodiless, hence he doesn't know how much he wants something. He always remains unsatisfied due to his bodiless head. He is always passionate and wants more. It creates obsession within the person's mind.

Rahu & Ketu does not have a physical body, which is why they are called the shadow planets. These planets are considered malefic as their origin is related to the demons and they swallow Sun causing Solar Eclipse. Rahu is also known as Shadow planet or North node of the Moon.

What can be done during Rahu Kaal?

Rahu Kaal is considered inauspicious to commence any new business or task. However, the daily routine tasks already started during an auspicious time can always be continued during Rahu Kaal. Hence we can say that Rahu Kala is considered only for undertakings and tasks which one has already begun. If we look at the positive side of Rahu, any work related to Rahu provides good results if it is commenced during this time. Also, remedies for Rahu can be performed during this period.

How to Calculate Rahu Kaal?

There is a special method to calculate the "Rahu Kaal" in Vedic Astrology. According to that, the time between sunrise and sunset is divided into 8 equal segments. For example, generally, sunrise is considered at AM and sunset is considered at PM. As we all know that a day comprises of 12 hours, hence the 12 hours are divided into 8 equal segments. Therefore, every segment gets hours each every day. There is a certain period also defined for Rahu Kaal for hours in a day. We have given the chart below based on our manifestation.

Rahu Kalam on every day of a Week

What should be avoided during Rahu Kalam?

What is Rahu Kalam?

Rahu Kalam is believed to be an inauspicious period. It occurs for one and a half hours every day. During this period, people preferably avoid undertaking any auspicious event like a ritual, a new task, or a business venture. During this period, the energy of Rahu is believed to be at its maximum, and the outcome of any task undertaken during Rahu Kalam may not be beneficial.

In Hindu culture, it is traditional to see the Muhurtham (Muhurat) before commencing any auspicious event or new venture. People, especially in South India, widely observe Rahu Kalam. Rahu Kalam depends on the sunrise and sunset timings of a given location. 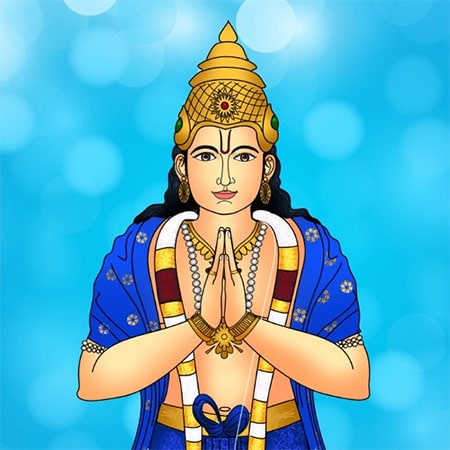 Legend has it that during Samudra Manthan (churning of the ocean), the Amrit (nectar) obtained from the ocean would bestow immortality on those who consumed it. The Devas (supernatural beings possessing divine powers) received the nectar from Vishnu (in the form of a beautiful damsel named Mohini) who distributed it among them. An Asura (supernatural being possessing destructive powers) named Svarbhanu disguised himself and sat among the Devas to consume the nectar and become immortal. However, the Sun and the Moon noticed this deception and informed Vishnu, who regained his original form and used the Sudarshan Chakra to destroy the Asura, beheading him. The head became Rahu and the torso till the feet became Ketu. Both Rahu and Ketu vowed to eclipse the Sun and the Moon to exact revenge.

According to Indian Vedic Astrology, Rahu Kalam is to be avoided while conducting an auspicious event or undertaking a new venture. It is best to avoid any major undertaking, an important religious ceremony, or ritual, during this period.

Rahu has no physical form and is called a shadow planet and the Northern node of the Moon. Nodes are indicators of karma - past life merits, and their effect in current and future can be seen.

As Rahu is believed to be bodiless, he knows no limitations and always wants more. The planet is believed to be malefic, but when placed in a beneficial position in a natal chart, he can give benefits too. The effects of Rahu can be both malefic and benefic.

How to Tide Over Rahu Kalam?

While people generally do not initiate any auspicious event, ritual, or inaugurate a new venture or business, daily tasks started in auspicious moments can be continued through the Rahu Kalam.

Rahu can be beneficial, too, and any work that is associated with Rahu can provide good results in the Rahu Kalam. Rahu is associated with abundance and can give good fortune, prosperity, fame, success, and power. Placed in a strong house, Rahu can fulfill worldly and material desires. When aspected by Jupiter and under Jupiter’s control, Rahu can also become spiritual and give spiritually good results like progress on the spiritual path. Ketu is always placed diagonally opposite Rahu and aids in spiritual enlightenment.

One can perform remedies for Rahu during this period that can prove beneficial.

What to Avoid During Rahu Kalam?

Rahu is at its most energetic during its period of one and a half hours. As it affects our daily life, it is best to avoid doing the following tasks.

If an auspicious task is unavoidable during Rahu Kalam, then offer Prasadam of jaggery or Panchamritam to Sri Anjaneya (Hanuman) and read the Hanuman Chalisa. Partake of the Prasadam and then proceed on the auspicious task. Also, one can do Rahu Ketu Pooja for better results before doing any important task.

How to Calculate Rahu Kalam?

Rahu Kalam occurs for one and a half hours every day between sunrise and sunset. There is a variation in the timings from day to day based on the sunrise time and sunset time, which in turn, depends on the location. The timing of Rahu Kalam varies between geographical locations.

Sunrise and sunset moments are considered while calculating geometric values of sunrise and sunset. Refraction is not considered in Geometric sunrise, which is different from Observational sunrise. The latter marks sunrise moments when the upper limb of the Sun becomes visible at the Eastern Horizon, while Geometric sunrise marks sunrise moments when the middle of the Sun is visible at the Eastern Horizon.

Given the difference in local timings of sunrise and sunset for various locations, Rahu Kaal timings and Rahu duration are never the same for two places. Since the sunrise and sunset timings keep changing throughout the year, Rahu Kaal also varies from day to day as it does from place to place. So, it is advisable to look at the time and duration of Rahu Kaal for your geographical location before starting any important work on a given day.

Rahu Kaal is also known as Rahu Kalam, Rahu Kala, Rahukal, and Rahu Kaalam. It is considered very important by those who believes in astrology. Especially in South India, people believes Rahukalam to be quite crucial even in day-to-day activities. But do you understand what it is and why it is used? If not, let's find out more about this enigmatic time period known as Rahu Kaal.

What is Rahu Kaal?

Do you know what Rahu Kaal is? In simple language, it is a duration of time that occurs every day, which is considered inauspicious as per Vedic Astrology. Rahu governs this period. No important activity should be undertaken during this period. If begun in Rahu Kalam, it is said, any action does not give positive results. Those activities that have already been started do not get affected by this period governed by Rahu.

How to calculate Rahu Kalam?

Here, we have given Rahu Kaal calculator that automatically tells its time for your city. Following are the steps to calculate or find out this period on your own:

This is a simple calculation to understand how Rahukalam calculator works and it should be noted that it will be different for different places, as sunrise and sunset take place at different times every day.

What not to do during RahuKal?

Anything that is considered auspicious or very important should not be started during Rahu Kaal. Those who believe in it avoid activities such as new work, marriage, buying anything, and trading in this period. However, those activities that have already been begun need not stop and can be continued even in Rahukal.

Rahu Kaal is a phrase that relates to an inauspicious time period each day that is not regarded favourable for beginning a new task. In Hindu astrology, it refers to the minute period between sunrise and sunset every day.

2. What to avoid Rahu Kaal timings?

Normally, a person should not embark on a new journey during Rahu Kaal. Work, job interviews, marriage, business dealings, and the sale or acquisition of any assets are all prohibited.

3. Is it good to do pooja during Rahu Kalam?

Well, of course, so I and believed. Well, nothing, I'll find out soon. meanwhile, they drove up to his house, the automatic gate closed behind them. He drove into the garage and closed the garage door with the key fob.

Joker, she laughed. And who is this date with you. - Tell you everything, I tell her mysteriously, opening the door. With one sweetheart.